Another great week away

Having just got back home from a great week away, unpacked most of the van, eaten and not washed-up, got used to carpet and television again, it's time to look through the photos and maybe put a few up on here.
As you'll know from the last post, the schedule was fairly-well planned out, so this installment will be the first couple of days away; Vanfest and Blackmore campsite. 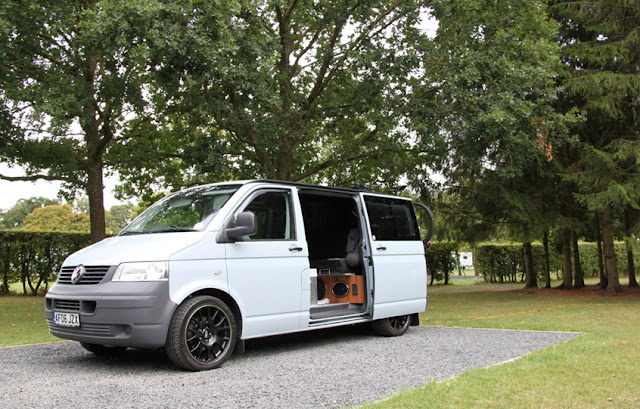 Blackmore is a lovely site with great facilities. Tree-lined pitches, the ubiquitous one-way system, generous space between each pitch means you never feel crammed-in or on top of one another. Parked-up on newly laid hard-standing, we're surrounded by caravan-types; normal enough I suppose although they all tend to go inside and watch Coronation Street and Eastenders - can't you do that at home? 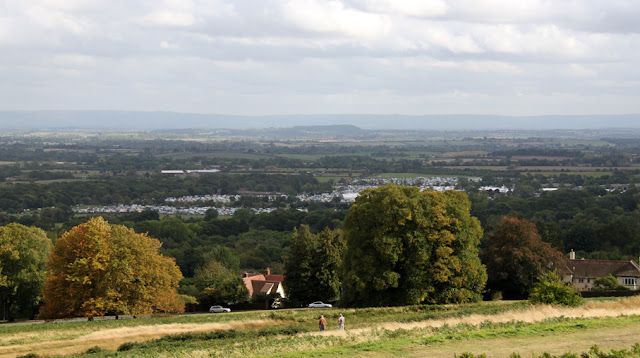 A quick trip up to Malvern for provisions - something to barbecue as the weather demands it - reveals the sprawling metropolis (Vanopolis...?) of Vanfest at the showground - this picture doesn't do it justice - it's huge!

So well-fed and a few beers later (it doesn't take much to make me sleepy) and I'm out like a light, ready for a one-day visit to Vanfest... 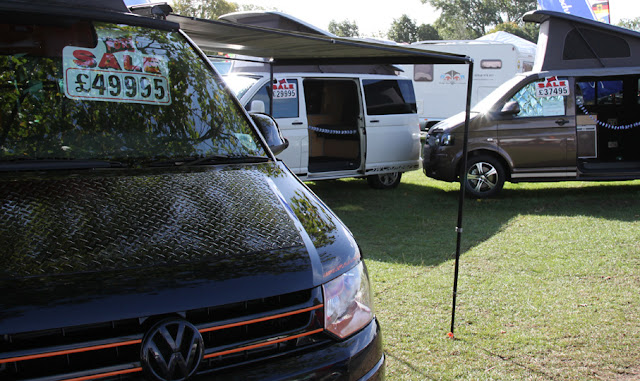 The first thing that hit us (even more than last year) was the number of van-converters, especially for the T5 market - have you tallied-up the amount of the three vans in the pic above yet?
I'm starting to wonder if I've got our van's agreed insurance valuation wrong and whether I should be adding another few grand!!!
This year's cars-for-sale area was plain crazy; a £20k T3, a £30k Bay-window... high mileage T5s commanding big money because they've been converted into a 'surf-van'... yeah right! 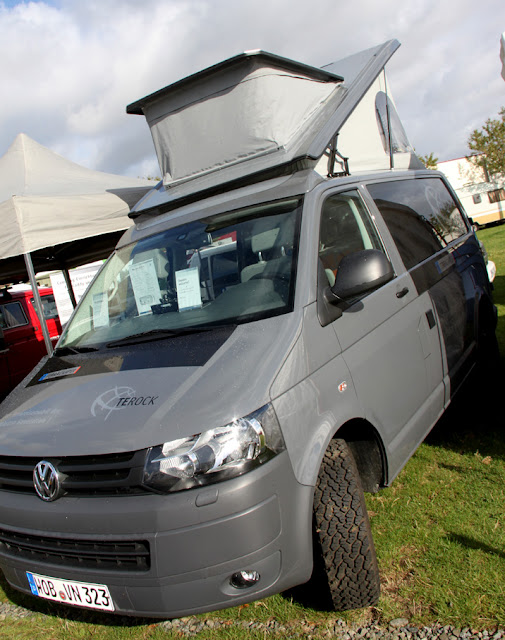 Both Mrs. Stone174 and I fell in love with this double-pop-top roof from the well-spoken Germans; Terra-camper. Although I'd like one fitting the other way around with the little 'pop' at the back. The amount of stand-up space inside was fantastic. As we're still on the look-out for a pop-top roof, you never know, it could be a UK-first! 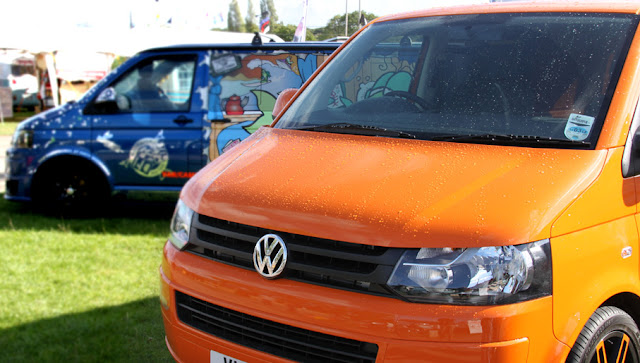 There was a T5 to suite every taste (if not necessarily every budget). The show and shine was as disappointing as always. The price of burgers, chips and donuts was ludicrous (although I'm a northerner so you'll see me with my own butties!). The thought of camping there all weekend fills me with dread; been there, done that, no thanks.

Which is why, when you get back to Blackmore, there's a little treat in store... 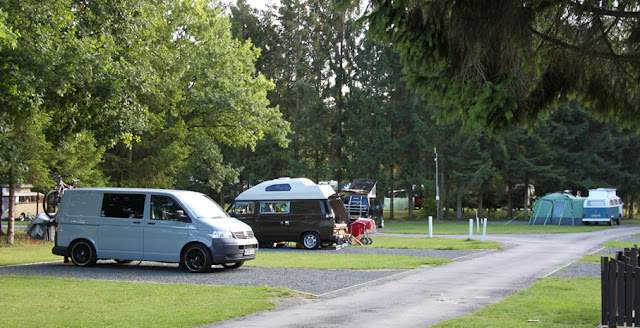 Gone are the caravans with their satellite dishes, in comes a variety of colour, shape and size. Look carefully at the picture above; there's T1, T2, T3, T4 and T5. There was also a Karmann Gypsy just out of shot! 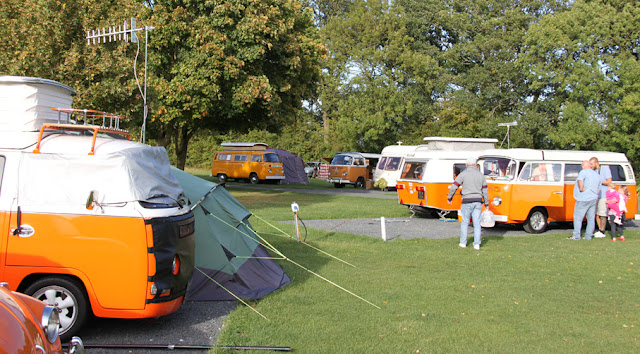 And with the dubs comes a great atmosphere - we all joked about how all the orange Bays had congregated towards each other! 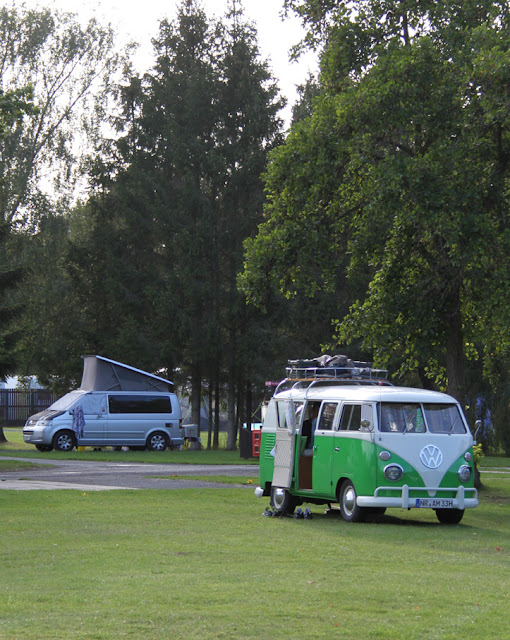 Old vans and new could rub shoulders with one another, a multitude of languages could be heard; English, French, Dutch, German, we had Swiss neighbours between the trees - this felt more like a v-dub show than the corporate money-machine that is Vanfest. Without wanting to give-away this little secret, I suggest you book Blackmore next year... we have!

Look out for the next installment shortly.

Got an interesting product or service that Stone174 readers might benefit from? Get in touch today about advertising here.